Well, another year has begun! I’m so excited to start this year and bring on my third year of publishing! I’ve got the usual sorts of resolutions: lose weight, read more, get organized. Last year I lost over 30 pounds but since my move in mid-October I have taken a break from eating well and I truly miss it. Today, we start again! I can’t wait to see how much my husband and I lose this year! He lost over 50 pounds in the few weeks we were on our wellness plan!

Professionally, I have more goals. You’ll see some changes here on the blog in the coming weeks. I’ve become health coaching and selling Younique make-up and want to combine everything under one host site. I also plan on making several books available in audio this year. Do you have any favorites you would love to have as an audiobook?

As always, I plan on writing my fingers to the bone! 2016 was a tough year for me and my family in many ways, although nothing like what so many others faced so I count myself blessed. My son was diagnosed with autism in the Spring and around the same time I was clinically depressed due to a variety of issues. However, we both have made huge improvements via therapy and I hope I won’t have the long periods of inactivity that I had in 2017.

These plans may change as the muse dictates but this is my rough plan for releases in the coming year. I’m SOO excited! 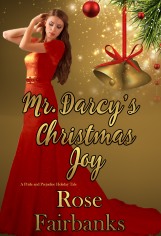 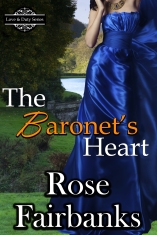 Fitzwilliam Darcy is the heir to a barony. His duty to the title is to marry well. His duty to his family is to continue the bluestocking salon. And the only lady that meets both requirements is embroiled with Darcy’s nemesis, George Wickham.

Colonel Richard Fitzwilliam and Lady Belinda Crenshaw never thought they would love again. Despite their reservations, neither can deny the love and passion between them. However, when he cannot resign from the army, her parents refuse to allow their marriage. Can their devotion remain when all hope seems lost?

Rewritten novel length versions of Sisters Bewitched and The Secrets of Netherfield Abbey. This series will mix a fantasy world and Jane Austen’s six major novels.

Soleil longs for freedom, adventure, and true love. Since her sister Bella’s marriage, her father has become over-protective but when one dreams one finds a way. Retelling of Sleeping Beauty.

A terrible carriage accident forever changes the lives of the Darcy and Bennet families, long time friends. Fitzwilliam Darcy has lost his father and best friend, Sam Bennet. He is now master of Pemberley and the guardian of his young sister. Elizabeth’s father survived but her elder beloved brother did not. The stability of the estate vanishes and her father refuses to answer questions about the accident. Five years later, George Wickham, whom Elizabeth met only once, returns to her life and seems to have all the answers…and as she always assumed, the fault rests on one Fitzwilliam Darcy.

Thirteen years ago, Clara Lumley fell in love on a holiday. One letter from her step-father changed everything, however, when her younger sisters fell ill with smallpox. Leaving her betrothed behind would have broken her heart, but his breaking their engagement crushed her soul.

Stephen Clifford journeyed to India over a decade ago to clear his family’s name and forget the woman who wouldn’t stand by him when his father was stripped of his title. His family reputation has been restored, but what Stephen uncovered threatens the Crown itself.
As events throw Clara and Stephen together again, they may be the solution to each other’s problems but how can they trust let alone find love again?

When Darcy and Elizabeth get stuck in a time loop two days before Christmas, they have the chance to make things right and set their lives on an alternate course. Now posting.

Sylvia may not be the most beautiful Linwood daughter, but she’s fiercely loyal and protective of her family. To further her sister’s courtship, she accepts the attentions of a man whose manners repulse her. To her surprise, the baronet has a warm heart underneath his gruff demeanor.

Sir Nathaniel Russell doesn’t trust women. He’s been sought after all his life for his wealth. His logical reasons mean nothing, however, when his heart falls for Sylvia.

Falling in love is easy, but withstanding the deceptions from outsiders tests their devotion. By the time truth comes to light, all might be too late as Nate gathers soldiers to protect his mill from attacks of out of work farmers. Non-JAFF retelling of Sufficient Encouragement.