I’ve started a new blog series! This month’s topic is A January of Janes. My first post was on Austen Authors. Read it here!

Plain Jane. Jane Doe. It seems Jane is the default name in English speaking culture when you need a filler and non-descript name. Some believe that was even Charlotte Bronte’s purpose in naming her heroine Jane Eyre. According to the All-England Census of 1841, Jane was the sixth most common name for females born between 1760 and 1821. Jane Austen notably gave her principal characters very English names compared to the more exotic sounding Camilla, Belinda, Pamela, and Cecilia’s of the era’s other novels. And when it comes to choosing a name for the seemingly “Miss Perfects” of her novels, what else does Ms. Austen choose but Jane?

At first glance, Jane Bennet and Jane Fairfax both seem “perfect.” For Elizabeth Bennet, Jane is the sweetest soul in the world, injured by the nefarious Mr. Darcy. To Emma Woodhouse, Jane Fairfax is a paragon of all good things and endlessly accomplished. However, if we dig deeper, we’ll see these Janes are just as complex as the lovely authoress herself.

At times, Pride and Prejudice, could be retitled “All About Jane” as the heroine is certainly more concerned about her sister than she is about herself. Throughout the book, we get tidbits of Elizabeth’s perspective of her elder sister. When digesting the Meryton Assembly, this piece passes between the sisters:

“I was very much flattered by his asking me to dance a second time. I did not expect such a compliment.”

“Did not you? I did for you. But that is one great difference between us. Compliments always take you by surprise, and me never. What could be more natural than his asking you again? He could not help seeing that you were about five times as pretty as every other woman in the room. No thanks to his gallantry for that. Well, he certainly is very agreeable, and I give you leave to like him. You have liked many a stupider person.”

“Dear Lizzy!” “Oh! you are a great deal too apt, you know, to like people in general. You never see a fault in anybody. All the world are good and agreeable in your eyes. I never heard you speak ill of a human being in your life.”

“I would not wish to be hasty in censuring anyone; but I always speak what I think.”

“I know you do; and it is that which makes the wonder. With your good sense, to be so honestly blind to the follies and nonsense of others! Affectation of candour is common enough— one meets with it everywhere. But to be candid without ostentation or design— to take the good of everybody’s character and make it still better, and say nothing of the bad— belongs to you alone.”

Still later, we learn that Elizabeth considers Jane full of “strength of feeling, a composure of temper and a uniform cheerfulness of manner which would guard her from the suspicions of the impertinent.” Perhaps growing up in the household that they did, Elizabeth understood the need to conceal her emotions and thoughts, but as we all know, this comes with a cost to Jane later in the book.

As the book goes on, Jane speaks for herself more. She refuses to condemn Darcy based on Elizabeth’s dislike and Wickham’s testimony alone. We see in Jane’s conversations with Elizabeth regarding Bingley’s absence and subsequent letters that Jane is determined to carry on her life, to be cheerful, and find happiness not dependent on a suitor. 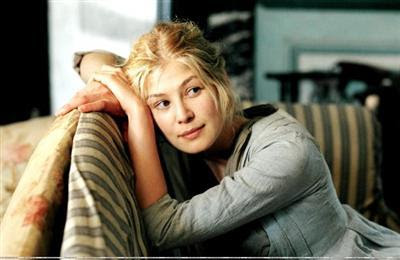 Before and after Darcy’s proposal, Elizabeth dwells on her understanding of Jane at length. At first, Elizabeth considers Jane a very innocent party whose happiness was destroyed by Darcy. After Elizabeth reads Darcy’s letter, she amends her view to believing Jane might have been too reserved. Thankfully, Elizabeth knows better than to explain all this to her sister. Instead, when we see her again, Elizabeth unburdens herself about Darcy’s proposal and the truth about Wickham. Jane is the steadfast good friend who consoles Elizabeth and tells her she must be faultless and the whole thing was understandable.

However, the reader knows that’s not the case.

And so, we begin to see more of the flaws in Jane. She is perhaps too sensitive, too forgiving, too trusting, too loving. And she gets taken advantage of by nearly everyone, including her closest sister. Elizabeth shuts out Jane’s advice whenever she wishes but usually has no problem adding burdens to her.

At the close of the book, Jane admits she would probably make the same mistakes all over again. She would have been fooled by Caroline Bingley’s false friendship. She was just as reserved as ever in her feelings for Bingley. And here we have quite the divide in interpreting Jane.

I don’t think she was unintelligent. I think something pervasive in her personality made her a bit subservient — which we must recall was ideal for women of the era. I prefer to think of it as she is perfect in her imperfection.

Darn it, Jane. We mere mortals just can’t live up to you! 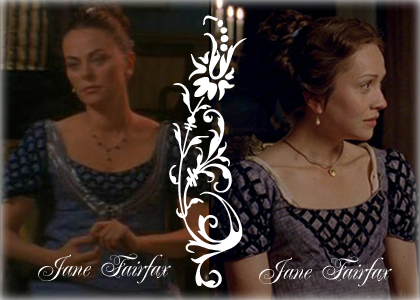 I’ll spend less time on Jane Fairfax, but there are many similar elements. We know much less of her character and personality since Emma is not close to her, but she is very accomplished with all the outward marks that the world declared was the perfect woman. Her rearing with the Campbells and expected future as a governess would denote that her behavior must be impeccable as well.

But she has a secret.

She is secretly engaged to a man without independence to marry and therefore might be facing a very long engagement. In a world where Mary Musgrove says a woman has no right to marry a man who is inconvenient to her family (and vice versa), Jane is a very inconvenient engagement. Did you expect me to complain about Frank (again)? Well, there is that, but his family definitely expected him to marry better. At any rate, modes of decorum stated engagements should not be secret for the very fact of what ends up happening when both are presumed single.

When the truth comes out, it’s as astonishing to think Miss Perfect Jane Fairfax broke the rules as it is to consider that Frank is engaged to the lady he often mocked. And yet, the Highbury community forgives her quickly, and Mr. Knightley even feels sorry for her (as do most contemporary readers, it seems). Let us not forget that the Regency Era was a world in which a woman’s reputation was everything. What if rumors escalated things? And what of her reputation? She had projected an image of perfection. When she makes a rather critical mistake, it’s forgivable. Consider what would happen if Lydia Bennet had made the same error. It’s not as awful as eloping without marriage but you can bet Elizabeth would snark, and Mary would sermonize while Lady Lucas preened and Mr. Collins passed on Lady Catherine’s disapproval, but all of Highbury not only shrugs off Jane’s failing but embraces it. It’s a far happier ending for her than they had ever expected and thankfully, they are not the type to hold grudges. (Note to self: If I fall into an Austen world, hope for Highbury rather than Meryton).

In conclusion, are the Janes of Austen’s novels really so perfect and bland? They might lack the sparkling wit of Elizabeth Bennet and Emma Woodhouse, but I think they’re more complex than most give them credit for. And why should they not be? Who else can be the support to such intricate heroines? In fact, I think they’re the unsung heroines, which will be the topic of my next January of Janes post.

2 thoughts on “A January of Janes- Miss Perfect”