Last time, I posted about the importance of Mr. Darcy’s first name. Today, I’ll discuss what the name Darcy would mean to Jane Austen’s readers.

The most famous bearer of the Darcy surname was probably Thomas Darcy, 1st Baron Darcy de (of) Darcy. The family is also called Darcy of Temple Hurst (ooh, spotted another P&P name) after the family seat near Selby, Yorkshire. Thomas opposed the Dissolution of the Monasteries during the rule of Henry VIII. In 1536, he was the protector of Pontefract Castle in Yorkshire. Its location near the Great Northern Road made it an important stronghold against the revolt in that county in response to the King’s tactics. The “Pilgrims” as they were called were traveling south to take their grievances to the king. Darcy “surrendered” the castle to the rebels and was branded a traitor then executed.

He had previously quite distinguished himself in service for Henry. He was knighted in 1489 and rose in consequence until 1509 when he was called to Parliament and created Baron. Upon his execution, his lands were seized and titles forfeited. Ten years later, during the reign of Edward VI, his son, Sir George, was invited to Parliament as Baron Darcy, although some documents cite this as a second creation rather than a restoration of his father’s title. The title extinguished in 1635 as George’s great-grandson died without surviving issue.

Baron Darcy de Darcy was not the only noble line bearing the surname, however. The title of Darcy de Knayth was created in 1322 for John Darcy and issued to his heirs general meaning women could inherit. John became a trusted advisor for Edward III. He served as High Sheriff of Nottingham, Derbyshire, the Royal Forests, Lancashire, and Yorkshire. In 1320 he was an MP for Nottinghamshire. He served as Lord Chief Justice of Ireland three times, served as steward to the King, and later his chamberlain. After an expedition to Flanders, he was named Constable of Nottingham Castle and a few years later, the Tower of London. He campaigned against the Scots and the French and was chosen by the king to proclaim the victory of the Battle of Crecy in Parliament in 1346. Also of interest, his second wife was Joan de Burgh and they had a daughter named Elizabeth. 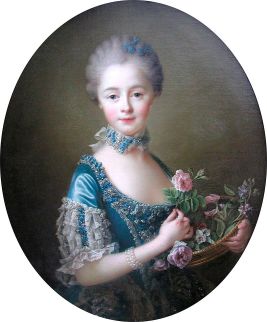 In 1778, the title of the Earl of Holderness became extinct upon the 4th earl’s death. His daughter, Amelia, however, inherited the Darcy and Conyers baronies. She married the Marquess of Carmathen, heir to the Duke of Leeds, and had three children. Officially, her inheritance was not confirmed until 1798, 14 years after her death. However, Amelia and her husband divorced the year after her father’s death allegedly due to an affair with Captain John “Mad Jack” Byron. They immediately married and in 1783 she had a daughter, Augusta. Mad Jack would go on to marry Catherine Gordon and father the poet, Lord George Gordon Byron. Amelia’s titles were inherited by her eldest son, George, from her first marriage. He also went on to become 6th Duke of Leeds. He became Lord Lieutenant of the North Riding of Yorkshire in 1802. Of Amelia’s father, the 4th Earl of Holderness, philosopher David Hume observed, “It is remarkable that this family of d’Arcy [sic] seems to be the only male descendant of any of the Conqueror’s barons now remaining among the Peers. Lord Holdernessae [sic] is the heir of that family.”

The titles of Baron of Darcy de Knayth and Baron of Conyers are still extant. The current holder is Caspar David Ingrams. After Amelia, the title has been held by two other women. This family line served as inspiration for the Darcy barony and the reasoning behind Baroness Darcy holding the title in Mr. Darcy’s Bluestocking Bride. Indeed, Darcy holds the family name Conyers as well.

Other Darcy baronies were long extinct by the time Pride and Prejudice was published. Baron Darcy of Nocton was created for Sir Philip Darcy in 1299 but his grandson died without issue around 1350. Darcy of Chiche was created in 1551. By special remainder, the son-in-law of the third baron, Thomas Savage (who had married yet another Elizabeth Darcy), was to inherit the title but he died before he could take it. His son, John, 2nd Viscount Savage and 1st Earl Rivers, inherited the Darcy barony in 1640. The barony continued with the Rivers line until a grandson of the 2nd earl who was a Roman Catholic priest inherited the title and died in 1735. The barony of Darcy of Navan created in 1721 for Sir James Darcy, younger son of the 7th Baron of Darcy de Knayth (mentioned above) went through his daughter by special remainder. His grandson, however, died unmarried at the age of 26 in 1733.

Would Austen’s contemporaries know all this detail? No, probably not. I suspect they would know about the Pilgrimage of Grace. In her History of England, she wrote,

The Crimes and Cruelties of this Prince, were too numerous to be mentioned, (as this history I trust has fully shown;) and nothing can be said in his vindication,

While Austen is clearly being snarky as Henry VIII was seldom criticized during this era despite his egregious behavior, we can’t know for sure her real thoughts on the man. It’s possible, however, that she respected Lord Thomas Darcy and the fact that he acted out of conscience.

Readers of her era might also have known that one of the other baronies was at the time connected with a Dukedom. Perhaps Amelia’s notorious affair might have inspired Georgiana Darcy’s indiscretion. The Duke’s step-mother was a patron of writer Ann Radcliffe and The Romance of the Forest was dedicated to the duchess. She went on to become the governess for Princess Charlotte in 1813, so one can assume her influence was still important in 1812 although she was then the dowager. The current Duke would have been only a few years older than Mr. Darcy and had inherited the dukedom at age 24.

Above all, they would know that the Darcy name was very ancient and had come over with William the Conqueror. In case they didn’t, Lady Catherine tells them so.

Austen uses other famous surnames in most of her books. However, we must believe she chose Darcy for a reason. What could be the meaning of Darcy, especially when combined with the image of Fitzwilliam? It could point to Darcy’s honorable but questionable reputation. People will forever disagree over Thomas Darcy’s actions at Pontefract Castle. Our Mr. Darcy is a direct relation to an earl and if that’s not enough, his name suggests that he has some connection to a dukedom. Fitzwilliam Darcy should seem unbearably above Elizabeth in consequence and income. Just as the name Fitzwilliam would prejudice readers, so would the name Darcy. Just as Fitzwilliam would denote wealth but also liberality, Darcy denotes high status but also deeply held convictions in which honor was worth dying for.

The next time you reread Pride and Prejudice, I hope you’ll keep the information I have shared in mind and consider how that changes your view of our dear boy. Then, please, let me know what you perceived!