I’ve posted about female Regency era fashion a few times. Today, I want to talk about male fashions–specifically the wacky ones. You probably have something close to this in your head for male clothing of the era. 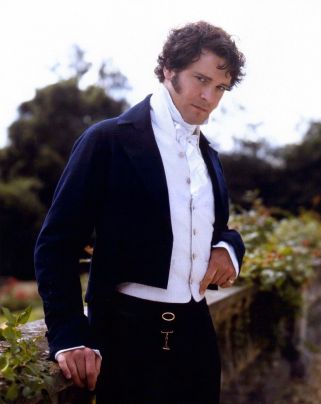 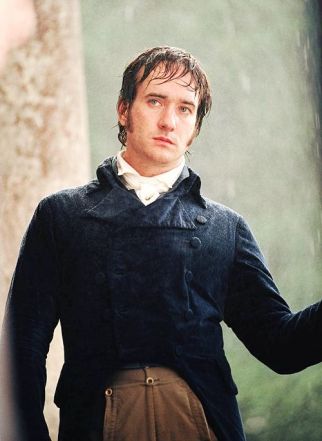 I’ve gone through a lot of fashion prints and these are pretty standard examples of the era. Oh, but there’s more. I wonder what Mr. Bennet would say about the lace some of these men wore. 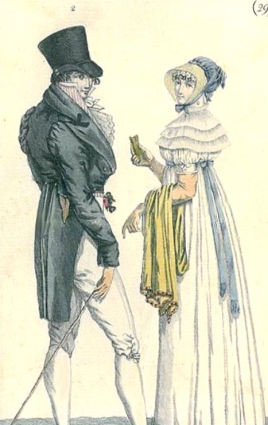 There’s also the issue of hats. Here’s what we think of for Mr. Darcy 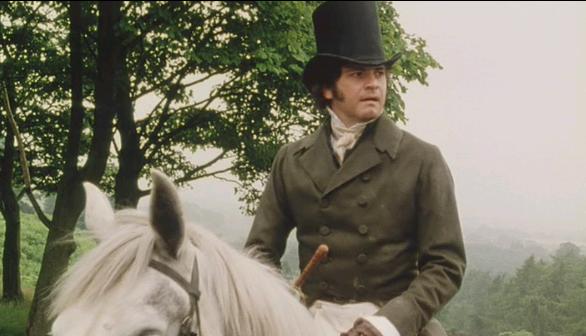 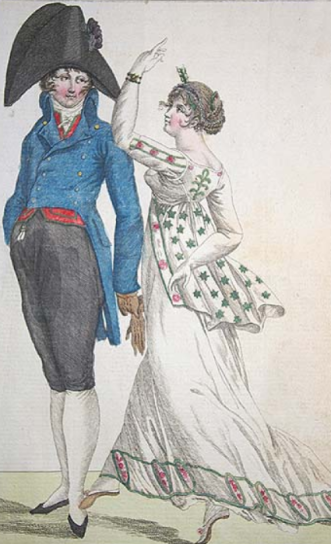 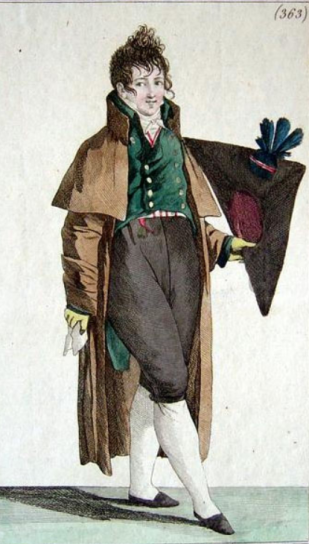 Ben Franklin wouldn’t have needed a kite for his electrical experiment. He could have waited a few decades and just used his ginormous hat! They’ll fly away in a gust of wind!

For ladies, the Regency era was generally light on embellishments. They certainly had them but nothing compared to the finery of decades past or that the Victorians would bring back. Making this set of trousers all the more curious. 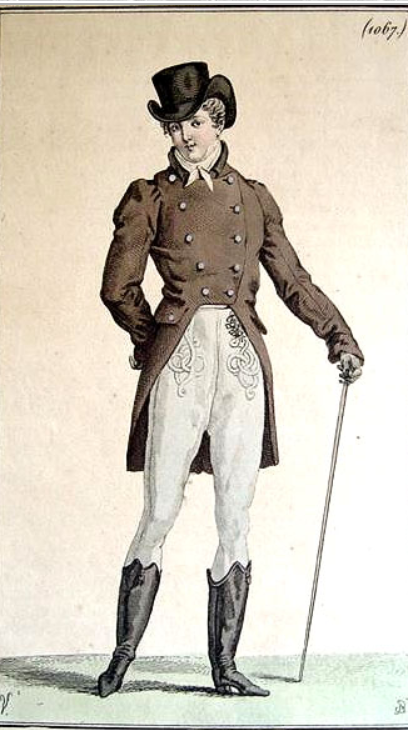 Speaking of trousers, there were high waters in the 19th century. Steve Urkel would be proud! 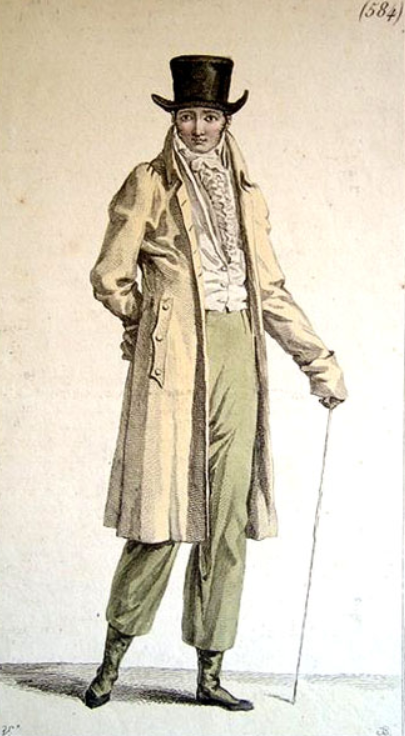 Well, there’s a taste of the wacky male costuming I’ve discovered this week. To be honest, though, I would surely prefer any of these to skinny jeans or sagging. Sigh.

However, to solve the recent debate of what Mr. Darcy must have looked like in which “historians” gave a rendition of a sickly looking man with a powdered wig looking more akin to George Washington than any contemporary hearth throb, we luckily have portraits and fashion plates! Thankfully, they prove the adaptions more likely to be correct. Thank heavens! 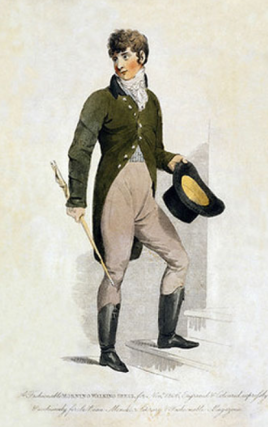 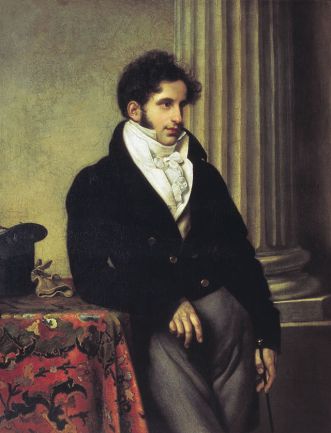